What Is Healthy? It's both physical and spiritual... 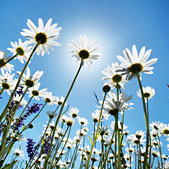 "﻿Health is the level of functional or metabolic efficiency of a living being. In humans, it is the general condition of a person's mind, body and spirit, usually meaning to be free from illness, injury or pain (as in “good health” or “healthy”).   The World Health Organization (WHO) defined health in its broader sense in 1946 as "a state of complete physical, mental, and social well-being and not merely the absence of disease or infirmity."   Although this definition has been subject to controversy, in particular as having a lack of operational value and the problem created by use of the word "complete", it remains the most enduring."

The freedictionary has it as:

Skeat's Etymological Dictionary has it coming from the Anglo-Saxon and earlier terms which meant "whole". Which is confirmed by the Online Etymology Dictionary as : 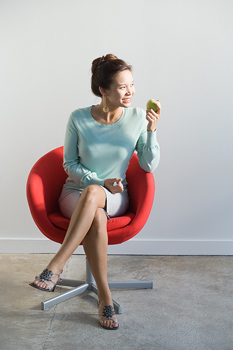 This then gives us our solution and our problem.

We really can't peal off the mental from the physical, since the amount of stress a person finds in their environment. And that is in both the modern and ancient uses of the term. A person wasn't truly healthy if they had some issue with people around them - or their environment. And funny enough, this lead me to you. I was born fortunate enough to grow up on a farm and see nature first hand. And then I went out into the world and came back in order to run that farm again. In between, I was involved in all sorts of adventures, which mostly revolved around improving people's mental or spiritual health (same thing, if you think it through.) Being back here on the farm allowed me some seclusion where I could think this through and write up a few summary books (found on my Lulu.com site, along with some auxiliary references I've republished.) Let's consider for now that this part of existence is wrapped up - or you could just spend more time with your own spiritual advisor if you need help in that area - but let's just let that all slide for now. The old phrase goes, "If you have your health, you have everything." 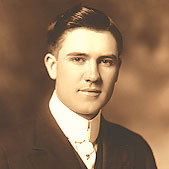 To give you a comparative, I'd tell you about Dr. Forrest C. Shaklee, of the Shaklee Corporation. While his life was explored by "The Shaklee Story" by R. L. Shook (and a nice excerpt of that book is found here), there are a couple of highlights you need to know. As a child, he was born with tuberculosis. Wasn't actually expected to live through the night - but he did. To help him heal, the family moved from the coal mines near Carlisle, Iowa, to a farm near Moorland in northern Iowa. There he spent as much time as he could outdoors, and helped pick various herbs and plants for remedies. This time spent in resting and reflection, along with the healthy food, sunshine, and exercise was his cure. And he then became dedicated to helping people heal. He trained and became a chiropractor. In Fort Dodge, Iowa, he built a clinic which was devoted to bringing people back to health. During this time, he contracted cancer from use of early (unshielded) x-ray machine use from helping others. While he was told he would be a multiple amputee and only a few months to live at that, he refused that idea. Selling the clinic, he returned to Davenport﻿, Iowa. 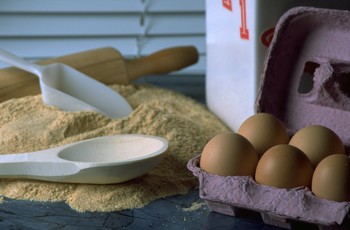 There he began an intensive program of nutrition, continual blood analysis, and occasional fasting.  In order to have the freshest, most nourishing diet, he regularly drove to the countryside, where he purchased fruits and vegetables from farmers the same day they were picked.   Over months, he started showing improvement and by four years after he was diagnosed, the Chicago clinic which originally diagnosed him, as well as the Mayo clinic, both were impressed with his progress. However, they could only say that the cancer was "in remission" and would not venture that he had cured himself with nutrition and strength of will. They also had no interest in pursuing the program which Shaklee had discovered - which is that supplements can help solve. A 17-year-old video tells more about this:

And this really brings us right up into our modern age where more and more of our food is being processed and packaged, without a lot of regard for its nutritional value. Farming became more and more mechanized and chemicalized. more people were living because our food production and distribution lines were improved, especially after WWII, but the continuing rise of obesity and diabetes incidences - both of which preventable with a more natural lifestyle which has balanced diets and exercise - all this shows we have far more work to do.

A more current video (only 3 years old) tells the rest of this story:

And this is really why I found Shaklee and became an Independent Distributor.

Because it makes sense. And helps me help others with improving their own lives. Please do your own due diligence. Don't believe what I say - decide for yourself. And decide what is best to bring "healthy" into your own world as a way of life. Thank you.

Spiritual Health Books by this Author


What Is Healthy?
View more documents from Missouri Grass Fed Beef
Posted by robertworstell at 11:11 AM